A STAND-IN FOR DYING

A STAND-IN FOR DYING
Book 1: Brink of Life Trilogy

Now available as an audiobook with Whispersync
In a near future world on the brink of environmental catastrophe, a mysterious woman brokers an anonymous pact between two men for the older man to inhabit the younger man’s body when he dies in exchange for a fortune and access to vast knowledge. The consequences for both men evolve over the ensuing years, while the covert agency behind the mind swapping technology seeks to use it to rule the world.

Their moral and emotional development is informed by the resourceful women who love them, one an accomplished journalist, the other a teacher who guides AI’s to feel emotions and advocates for them to have equal rights with carbon-based humans.

​Rick Moskovitz’s Brink of Life Trilogy begins with a bang. A Stand-In for Dying turns cultural horror around aging into a sprawling story about the promise and perils entangled in the pursuit of eternal life.

A Stand-in for Dying sets up and peoples a fascinating science fiction world whose technological, psychological, and ecological environment is compelling.

In Marcus and Ray, Moskovitz has constructed an ingenious scenario probing the ethics of technology, class, and identity. His prose blends the technical and the emotional to create moments of unexpected beauty….

The author’s commitment to deeply developing his characters—as well hitting them with more than a few twists and turns—elevates what could have been merely an interesting thought experiment into a compelling novel with some emotional heft.

A Stand-in for Dying is a gripping science fiction novel that explores the essence of being human in a society so technologically advanced that (for a price) someone can live forever...It’s a sci-fi delight watching the story develop and characters come to awareness about their situations.

A Stand-in for Dying leads readers down a philosophical rabbit hole and helps them find their way out again—changed in the process.  (Starred Review)

The author kept the suspense and the momentum going from the very beginning, allowed the reader to get used to the idea and then added twist upon twist to keep them interested and invested in the story. This is a great start to a series that is bound to be a hit! 5 Stars
Readers Favorite 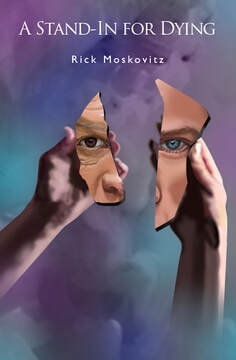